We're going to cheat this week, Constant Reader. I had a private table read of one of my plays yesterday, I've been preparing for a public reading of another at the end of the month, the new season of Tuesdays at Nine of which I'm now co-Creative Director starts tomorrow, and it's the busy time of year at my day job.

With all of this, there wasn't much time for blogging. However, in prepping for the reading at the end of the month - The Tragedie of King John Falstaff , which will be heard out in Guild Hall in the Hamptons - I wrote some program notes which are conveniently the size of one of my usual blog posts. Ever wonder where I get my crazy ideas? Let's find out, shall we? Now, as it happened, this June night in was also the night of the series premiere of The Leftovers. And somehow, all these fused together in my brain.

And the thought occurred to me — what if Owen Glendower got his revenge on the Henries, by using his magic to send everybody into an alternate timeline? The most grotesque, impossible timeline there could be? A timeline in which, by some chance, it was Falstaff who wound up on the throne?

The idea stuck with me. But Falstaff?

A character Orson Welles once called the most perfectly good character in all of literature — despite being a walking compendium of every vice known to man? Here was a far more interesting, potentially thought-provoking approach. What happens when a nation decides that such a personification of Vice is a truly authentic voice, and takes him for its leader? I mean, if you've been paying attention to current events, you probably already have a good idea what happens. But as to my fictional, faux-Elizabethan version, you'll find out the answer to that question on September 30, if you happen to be spending Rosh Hashanah out in the Hamptons and are looking for something to do that evening.

As always, more information is soon to come! Labor Day is one of those holidays that we typically celebrate without thinking. The bulk of us will be relaxing with family and friends, firing up the old grill, and enjoying the unofficial final weekend of summer. I, of course, will be doing neither. This past week, I was announced as one of the new co-Creative Directors of Tuesdays at Nine, the ongoing cold reading series produced by the Naked Angels theater company.

Every week, we put up new work submitted by anybody who cares to visit the group and join its community — typically one solo piece and four multi-character dramatic excerpts. Labor Day. Because artistic seasons typically start in the fall, this last weekend of summer seems to be the time we cram in the preparations we need to do for the projects that are just around the corner. In writing out detailed outlines for projects.

Long story. For some of us, Labor Day is indeed a day of labor. Of course, the second I finish that, I need to start making preparations for the reading I have next weekend. And the reading I have at the end of the month. For some of us, organized or not, the labor never ends…. There is a certain routine involved in my blog posts, Gentle Reader. I have the opposite problem today. So all I can ask, Gentle Reader, is that you come back to this website sometime in the next week.


Refresh as often as you like. Unless, of course, you really are interested in my getting new business cards. Because I did that this past week as well. This past year, constant reader, has been an epic story of procrastination on my part. And so, frustrated by lack of progress, I keep looking for distractions. This was not, however, mere self-indulgence on my part. 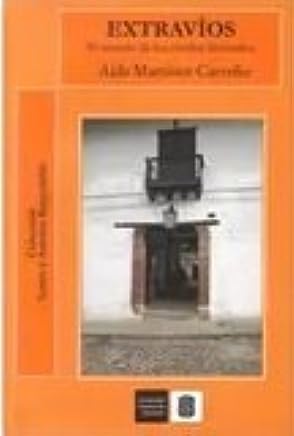 My play The Tragedie of King John Falstaff is receiving a public reading at the end of September — details to come, naturally. Though simply a staged reading, we will be on a stage and have tech elements — and so, as preparation for this, I went through my script cataloguing where the sound cues should occur, and what exactly they should be. When we think of the writing process, we usually think in terms of rough draft, edit, and final polish.

Then somehow, magically, the play gets staged or the novel gets published or the movie gets made.

I'm not sure I'm doing it right anymore. My piece last week , tied to the previous Tuesday and Wednesday night's presidential debates, was written that Friday. Even so, cultural reminiscences are what I do. So, here we go again. It was the show I did just before this one , the subject of a previous Proustian madeleine.

Why our powerful, prosperous nation seems to be in the middle of an epic nervous breakdown?

How people who have been told they live in the most exceptional and most powerful nation on earth, but have no real understanding of that power or access to it, come to view mindless carnage as something to aspire to? How gun violence is a dull, hateful daydream of what real power must be like? Sondheim laid out the whole pathology almost thirty years ago. A while back , I took note of which movies were marking milestone anniversaries this year, as a way of making everybody feel as old and depressed as I do bwa ha ha ha.

And sparking a terrorist movement along the way. We know what the dark side of our national character looks like. Unsure how to act on his feelings, Jeffrey seeks guidance by attending a talk by a guru named Debra Moorehouse. It won Obies. It got made into a film — an actual movie! With Patrick Stewart and Steven Webber! Seriously, watch this before we go any further. Marianne Williamson, in the 90s, was the most prominent of the new-age gurus promoting precisely the sort of anti-medicinal self reliance that Rudnick quite understandably takes to task. Does over-medication exist?

Of course. Do the unscrupulous profit from it? She should be called out for it. And of course, all of this applies, on an exponential level, to the guy Williamson is trying to replace. The first criminal complaints against Donald J. Trump date from Journalists and politicians have been documenting the case against him ever since. Spy magazine took him apart with regular aplomb. He was an object of ridicule in countless movies, plays, you name it.

Hell, even Sesame Street took him down. Anybody consuming any media over what is very nearly the last half-century should have received the message, in no uncertain terms, that this Trump character was up to no good. But my fear — the thing weighing on my mind as I write this — is that we artists need to rethink our tactics. But we have to be smarter about how we do it. Paul Rudnick, if you're reading this, I'm open to suggestions. It is, as I write this, one a. The weekend has just come to a close, the general workweek is about to begin.

The world about me is going to stir to life in a few short hours.

And as I write this, a familiar dread from long ago wraps its clammy metaphorical hands about my throat. You can see them elsewhere on this website — which, accordingly, I updated this past week. Another time-consuming task I needed to do. So here it is, one a. Trying to do my homework. Which is the goal, right? Things are bad, Gentle Reader. Most of this country has spent the last few days suffering through a brutal — and fatal — heat wave, one almost certainly exacerbated by forces of climate change that we consistently refuse to address. Civic virtue is undermined and thwarted by greed at seemingly every turn, and the forces of racist nationalism run rampant — and a grotesque relic from the 80s, once dismissed as a joke, is the person most publicly unleashing these forces.

So naturally, these past few days, the nation has been consumed with fevered discussion about one disaster in particular.